Meat, dairy and health: are vegan diets OK, and is too much meat bad? 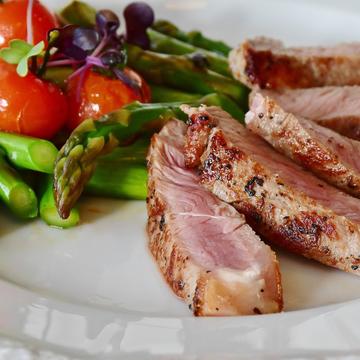 Meat, dairy and health: are vegan diets OK, and is too much meat bad?

The last year has seen a striking rise in the prominence of veganism in the news, from tasty vegan products in fast food outlets to extensive mainstream discussion of the need to reduce meat consumption to reduce environmental damage and climate change.

The “Veganuary” campaign to go vegan for a month began in January 2014, since when participation has more than doubled each year, with nearly half a million sign-ups by the end of January 2020. So are vegan diets really good for you, and does too much meat damage health?

Meat is a rich source of several essential nutrients such as protein, vitamin B12 and iron, while dairy products are a rich source of protein and calcium. Vegans, who exclude all meat and dairy products from their diet, need to obtain these nutrients from other sources. Young vegetarian women in the UK have been observed to have a slightly higher prevalence of anaemia than vegetarians (13% versus 9%), but the great majority of vegetarians are not anaemic, showing that sufficient iron can be obtained without eating any meat.

On the other hand, some types of meat and dairy products are high in saturated fat, salt and chemical additives such as nitrates, which may have adverse effects on health. It’s not surprising people feel confused about the health effects of eating animal foods.

We now have a substantial amount of evidence on what vegans eat, their nutritional status, and on health characteristics; typically, vegan diets provide adequate intakes of key nutrients such as protein, but can be low in vitamin B12 which is not present in plants and must be obtained from fortified foods and/or vitamin pills.

On the plus side, vegan diets are usually low in saturated fat and high in dietary fibre, and on average vegans are relatively lean, with lower blood cholesterol and blood pressure than meat-eaters, all of which should be beneficial for health.

There is relatively little direct evidence on the long-term health of vegans, but studies so far suggest that, compared with otherwise similar people who are meat-eaters, they have a lower risk of some digestive tract disorders such as diverticular disease and a somewhat higher risk of bone fractures, perhaps due to lower calcium intakes.

No statistically significant differences have been shown for total cardiovascular disease between vegans and meat eaters, but the data so far suggest there may be a lower risk of ischaemic heart disease and perhaps a higher risk of stroke in vegans. There is no evidence of a difference in life expectancy. Overall it appears that that well-chosen vegan diets can provide adequate nutrition, and that on such a diet long-term health will be broadly similar to that of comparable people who eat moderate amounts of meat and also follow nutritional guidelines for good health.

Other reviews have reached a similar conclusion and have led to government advice to limit meat consumption. A few commentators have argued that the risk is relatively small compared to other diet-related health risks and therefore does not warrant advice to reduce intakes, but the risk is bigger than, for example, the ~10% increase in risk of breast cancer caused by daily consumption of one alcoholic drink. And since most people eat meat, and everyone is at risk of colorectal cancer, the moderate increase in risk can cause large numbers of cancers: the Global Burden of Disease Project has estimated that about 34 000 cancer deaths per year worldwide are attributable to diets high in processed meat.

High intakes of both red and processed meat may also increase the risk for cardiovascular disease; most studies show an increase, others are inconclusive.

Taken together the evidence available indicates that meat can be a good source of several nutrients but that high intakes increase cancer risk and may increase cardiovascular risk.

Judgement is needed to decide how far to reduce meat intake to avoid health harms, taking into account the nutritional needs of individuals and the nutrient composition of the overall diet. For example, young women have a higher need for iron than men or older people. And it is worth bearing in mind that the data on plant-based diets are historic and do not take into account ‘new’ vegan diets which may include more processed foods.

In the UK, for the population at large, the National Health Service advice is that people eating more than 90 grams per day of red and processed meat should cut down to 70 grams per day, which is currently the average daily consumption in this country. Reducing the intake of red and processed meat even further would be expected to further reduce the risk of colorectal cancer and perhaps heart disease.

Individuals will choose to respond to this evidence in different ways, but in making recommendations for the population the evidence strongly points to substantial environmental and some health benefits of reducing the consumption of red and processed meat. Growing the foods included in typical vegan diets uses much less agricultural land, and is linked to substantially lower greenhouse gas emissions, than the foods in a typical omnivorous diet, so choosing a vegan diet is one simple way to reduce your environmental footprint. For good health, a well-chosen vegan diet may be comparable to a well-chosen omnivorous diet, because other elements of the diet such as saturated fat, free sugars and salt, as well as matching energy intake to energy needs to avoid excess weight, can have a greater impact on health than meat and dairy alone.