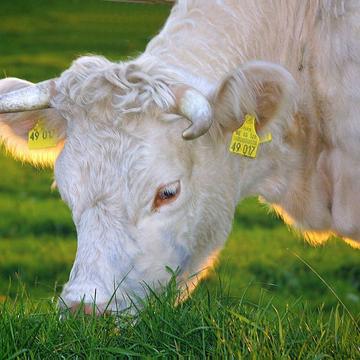 Can the world meet its greenhouse gas emission targets if current trends in the consumption of meat and dairy continue?

To answer this question, we need to know how much of different types of meat the global population will consume in the coming decades, and what greenhouse gases (GHGs) are emitted during the production, processing, retailing and preparation of these meats.

We also need to understand whether changing demand for meat will involve new land being brought into agriculture resulting in GHG emissions, and whether there are opportunity costs in using land to produce meat that might be used to reduce the amount of carbon in the atmosphere by; for example, might the land be used for planting trees that would lock up carbon for decades and help prevent warming.

Consider the first question: how will demand for meat increase in the future if current trends continue. We know that global populations are increasing (though the rate of increase is declining) so this in itself will lead to greater demand for meat. The global population today is a little over seven billion people and human demographers are confident that it will be about 40% bigger, around 10 billion, by mid-century. A first approximation would be that demand for meat would rise in line and be 40% greater over the same time period.

Not only will there be more people but very likely they will also be wealthier. This has been the trend throughout the last century and barring major economic catastrophe it will continue.  This matters for meat consumption because wealthier people tend to have more meat-rich diets – there are exceptions but the overall relationship is clear. We cannot know exactly what the future will hold but when LEAP researchers try to estimate meat consumption in the future they typically assume a “mid-range” scenario of economic growth that has been developed by the Organisation of Economic Cooperation and Development (OECD) in Paris.

Given population and economic growth there are a number of ways to estimate future meat consumption though they all give broadly similar results. At LEAP we use an economic model that can track how changing demand for meat affects meat prices which in turn affects consumption. The model is able to follow the consumption of different types of meat in different countries, and so can take account of regional differences and how, for example, future projections for beef consumption might differ from chicken. But lumping all kinds together, if there are no changes to policy or behaviour, we expect meat consumption to be 60-70% higher by 2050.

So what does this mean for GHG emissions? To answer this question we need to know the GHGs associated with each meat production system. These figures are obtained through “life-cycle analyses” of which a large number have now been conducted and catalogued. Of course, not all possible ways of producing meat and meat products have been studied, but data are now available for the most important. A further issue is that meat production produces several different types of GHGs while many other activities only produce carbon dioxide. We shall explore some of the issues this raises in a separate article.

It has been estimated that about 26% of total global GHG emissions are associated with the food system. The figure below (top bar) shows how different food types contribute today to the direct GHG emissions from the food system. The single most important type of food, by some way, is animal products (in the figure below meat and dairy are included together). The lower bar shows projections for mid-century: overall GHG emissions have increased by 90% with meat and dairy increasing in both absolute and relative terms.

The IPCC have argued that to avoid the possibility of catastrophic climate change the world needs to dramatically reduce GHG emissions with a goal of “net-zero emissions”. Net-zero means that whatever GHG emissions occur are balanced by “negative emissions” such as planting trees to pull carbon out of the atmosphere. Carbon can be sequestered and stored on well-managed pasture and rangeland but as we shall explore in a future article the amount is relatively small.

The food system will have to change radically to contribute to a net-zero world.  Part of this change will involve the adoption of new farming and food-chain techniques and technologies that reduce emissions wherever possible, but even with the most optimistic assumptions this will get us nowhere near net-zero.  It is for this reason that most researchers in the field have concluded that a substantial reduction in meat consumption will be necessary to meet the greenhouse gas emission targets needed to reduce the risks of severe climate change.