The environmental impacts of intensive and extensive systems 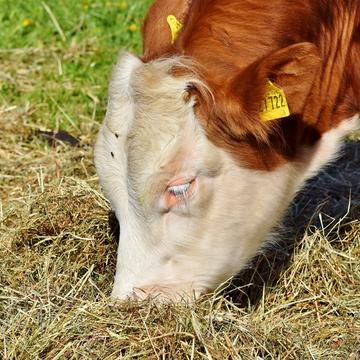 The environmental impacts of intensive and extensive systems

Are meat, milk and eggs from free range, organic or grass-fed systems environmentally better or worse than those from intensive feedlots? Different stakeholders draw opposing conclusions – what does the evidence say?

The environmental consequences of producing or consuming different food types are typically measured using life cycle assessments (LCA) that attempt to track all environmental impacts from farm to fork.  Summaries of LCAs[1] suggest that:

Intensive systems are more efficient because animals are fed nutrient-rich feeds that allow them to reach maturity quickly and so produce fewer greenhouse gases in total, and because they need less land even considering the acreage required to grow feed. Ruminants are less efficient than monogastrics because they are slower growing and some of the energy contained in their feedstuffs (especially when grazing in pasture) is lost as a by-product of their digestive process.

Thus, most LCA analyses suggest that grass-fed beef is the least efficient type of meat production and intensively produced poultry the best.  But a more nuanced discussion requires other factors to be considered.

There are different greenhouse gasses (GHGs) of which carbon dioxide, methane and nitrous oxide are the most important. LCA analyses lump them together using the common currency of “carbon dioxide equivalents”.  But as is discussed in more detail in a separate article, the use of a common currency hides some important consequences of emitting different blends of GHGs, and this matters in particular to discussions of livestock as ruminants produce a lot of methane.

Methane is a much more powerful greenhouse gas than carbon dioxide but disappears from the atmosphere relatively quickly (within a few decades compared to hundreds of years for carbon dioxide). This means that although reducing GHG emissions is always positive for the environment, precise policy goals can affect the best strategy.

If reducing global warming in the short to medium term is most important, a focus on lowering sources rich in methane may be most efficient; if the goal is climate change in the medium to long term then reducing current methane emission is of less importance. Arguments involving methane have been used both in favour of and against ruminant production. A more productive approach may be to consider the differences among types of GHGs in developing national or sectoral net-zero strategies.

While intensive production requires less land than extensive production the type of land required is different. Feed for intensive production is produced on arable land that could be used to grow food for humans. This suggests that reducing demand for feed would make more land available for growing human food which in turn would lead to lower prices which is good for consumer food security, though at the expense of farmer incomes. In contrast, much but not all extensive livestock production occurs on land that is not suitable for arable crops. However, it is wrong to assume land used for extensive livestock production has no other value. It might be used to support biodiversity or forested or used in other ways to increase carbon storage. Arguments about efficiency of land use are thus location and context specific.

Increased demand for meat has been the cause of deforestation around the world, for example in Amazonia. Deforestation is a very major source of greenhouse gases and the chief threat to biodiversity. Historically, extensive ruminant production has been a major driver of deforestation in the Amazon and elsewhere, but today the picture is more complex with land initially cleared for pasture being converted to arable, and demand for soy to feed pigs and poultry in Asia now a rapidly growing contributor to land use change.

Arguments over the environmental costs of producing livestock in different ways need to be considered alongside other factors, and the relative importance will depend on the values attributed to each. Many believe that the starting point of good food systems should be consideration for animals and their wellbeing as living beings that experience pain rather than commodities produced for profit. For others, economic and social factors tip the balance between intensive and extensive systems.

Many cherished landscapes have been shaped by hundreds of years of extensive livestock production and support rural employment and farm businesses. Intensive livestock facilities can be ugly and intrusive and a point source of pollution and the wealth they generate may not remain in the rural economy. Perceptions about landscapes and production systems are not immutable, and rural economies can change, but attention to these factors will be critical in seeking a consensus to build a better food system.

While scientific evidence can help add clarity to our understanding of how different animals in different systems impact upon soils, water systems, the atmosphere and biodiversity, it cannot of itself tell us what to do.  These decisions will rightly involve wider ethical, cultural, ideological and political considerations.