MEAT, HEALTH AND ENVIRONMENT IN THE MEDIA

Meat, health and environment in the media 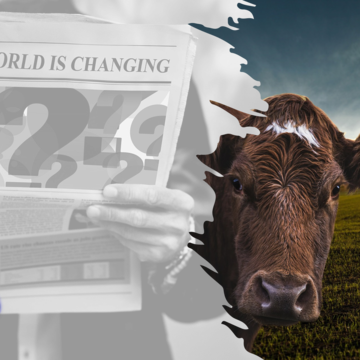 The majority of people in most countries of the world get their information about science, health and environmental issues from traditional and social media.  Although the relationship between media coverage and people’s attitudes and behaviours is a complex one, the media clearly play a central role in setting the agenda on a range of contemporary issues, determining what the public think is important, and shaping the manner in which discussions about them take place.  For example, research has shown that public awareness of the link between animal food consumption and climate change is low, and the relative lack of media coverage of this link has contributed to it.

Our research looks broadly at the media coverage of the nexus between meat, health and the environment.  One strand focuses on the elite media treatment of animal agriculture and climate change; another at online media coverage of lab-grown (or cultured) meat as an alternative to meat eating; and another at responses and contestation on social media around diet and climate change, such as the reactions on Twitter to the IPCC’s 2019 Special Report on Climate Change and Land.

Future projects include a detailed examination of common narratives and counter-narratives about meat eating, health and the environment in non-elite media in the UK, and particularly media consumed by ethnic minorities.