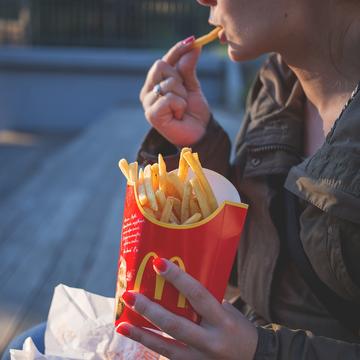 Meanwhile billions of people lack the nutrients their bodies need.

United Nations’ figures show the global population is both hungrier and heavier than it was five years ago, and food and policy experts fear the escalating food crisis could fuel conflicts and migration without action to reverse this trend.

Jessica Fanzo, a professor at Johns Hopkins University and co-chair of the annual Global Nutrition Report—described as the world’s most comprehensive report on nutrition—said diets were “the number one cause of disease, disability and death”.

After decades of concentrating on how to feed an expanding global population, political leaders are realising that nutrition—not hunger—is the new frontier, and the focus is shifting from providing enough food to food that is good.

The latest Global Burden of Disease study found the world on average ate only 12 per cent of the recommended amount of nuts and seeds—but drank 10 times more sugary drinks and consumed nearly twice as much processed meats.

Modern diets are contributing to ballooning overweight and obesity figures, and a rise in non-communicable diseases (NCDs) such as stroke, cancer, diabetes and heart disease.

Treating these diseases will cost the world more than $30 trillion—about 40 per cent of today’s global GDP—between 2010 and 2030, according to a report from the World Economic Forum and Harvard University.

Additional threats to diets stem from the world’s failure to rein in carbon dioxide (CO2) emissions, the main greenhouse gas that is heating up the planet, according to scientists.

Agriculture, forestry and other uses of land account for nearly a quarter of greenhouse gas emissions, according to the FAO.