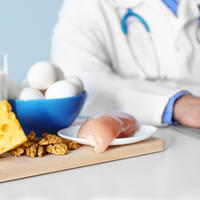 Stroke is the second leading cause of deaths worldwide, after ischaemic heart disease. There are two main subtypes, ischemic which is caused by a blockage of blood flow to the brain due to the presence of a clot, and haemorrhagic, caused by bleeding in the brain. In Europe, the majority of stroke cases are of the ischaemic subtype.

We know from previous studies that stroke risk factors such as cholesterol level and body mass index are associated with the two subtypes of stroke in different ways; this is plausible because the two stroke subtypes have different pathologies. Yet most previous studies on dietary risk factors for stroke have either focused on total stroke or the ischaemic subtype, with few studies of haemorrhagic stroke risk.

In our new study, published in the European Heart Journal, we analysed data on more than 418,000 men and women from nine European countries. These individuals were recruited to the European Prospective Investigation into Cancer and Nutrition (EPIC) study between 1992 and 2000. They completed questionnaires which asked about their usual diet, socio-demographic and lifestyle factors, as well as medical history, and a proportion also had their physical measures and blood samples collected. Over an average of 12.7 years of follow-up, there were 4,281 cases of ischaemic stroke and 1,430 cases of haemorrhagic stroke in this population.

Dairy products can be a major source of saturated fat in European diets, and while dietary guidelines from the UK National Health Service (NHS) for example recommends opting for lower fat versions of these foods, we were not able to differentiate low-fat and high-fat dairy products in the current study. We did see that in the subset of participants with physical measures and blood collected, the high dairy consumers had slightly lower blood cholesterol and lower blood pressure, which might partly explain our findings.

For eggs, previous evidence on its health effects has been inconsistent, and here the high egg consumers also had slightly higher blood pressure but lower blood cholesterol (both of which are linked with higher haemorrhagic stroke risk); further research is therefore needed to understand whether these findings might be replicable in other populations.

Our estimates show that a 200 grams per day — the equivalent of 2.5 portions — higher intake of fruit and vegetables is associated with a 13% lower risk of ischaemic stroke, which would result in approximately one less case per 1,000 people over 10 years. For dietary fibre, we estimate that just 10 grams per day higher intake is associated with 23% lower risk, or two fewer cases of ischaemic stroke per 1,000 people over the same time period.

These findings are supportive of current UK guidelines that if you currently eat more than 90g (cooked weight) of red and processed meat, the Department of Health advises that you cut down to 70g, which is the average daily consumption in the UK. UK and European dietary guidelines advise increasing consumption of fruit and fibre, including advice from bodies such as the NHS, World Health Organization, and the European Society of Cardiology.

Previous epidemiological evidence has shown that higher fibre or fruit and vegetable intake is beneficial for a range of outcomes including diabetes, heart disease and diverticular disease. We believe that alongside this evidence, our current findings suggest that the general public should be encouraged to increase their consumption of these plant-based foods.