Would Phil Mitchell from EastEnders ever go vegetarian? This was the question the LEAP team were pondering as we headed towards BBC Elstree on Monday 15th October 2018. We’d been invited to participate in their Eco-Day, which aimed to raise awareness among the EastEnders production team and scriptwriters of green issues which might be relevant to the soap’s development of storylines.

Pete Scarborough, John Lynch and Marco Springmann along with Brian Cook took part in the Eco-Fair in the morning. Attendees were asked to vote on the most effective personal action they could take to contribute to climate change. ‘Eating less meat’ (57% of the votes) came out well ahead of ‘avoid disposable coffee cups’ (4%). Stickers were also used to indicate people’s views on whether real men eat meat and whether a vegan diet is better for the environment. These conversation openers were then followed up with face to face discussions with our researchers. We were pleased to be able to engage with a range of views from staunch urban meat-eaters to Welsh hill sheep farmers. Marco was no less pleased to have a statistic from one of his own recent papers quoted back at him!

In the afternoon there was a series of speed presentations to scriptwriters on issues relating to the environment. Pete Scarborough presented on the impact of global food systems, and in particular meat production and consumption, in terms of greenhouse gas emissions and other environmental indicators. The aspect of his presentation that seemed to arouse the most surprise amongst the audience was that the greatest environmental impact occurs before meat even leaves the farm, in contrast to what people had imagined about food miles. 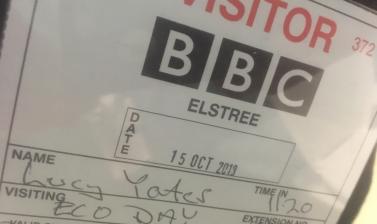 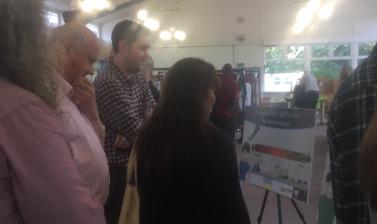 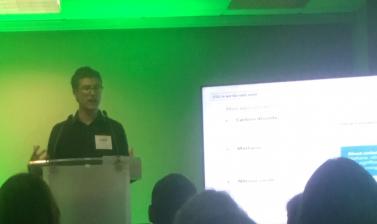 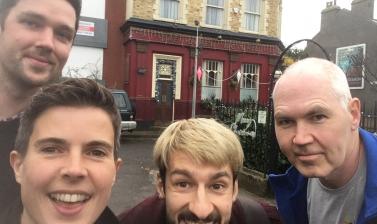