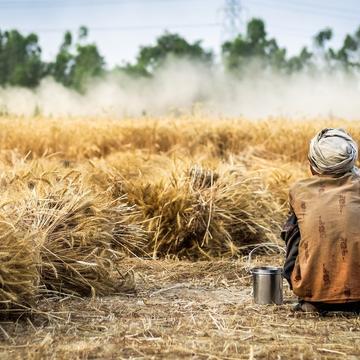 Methods: We use a novel combination of a chronic and hidden hunger DALY estimation procedure and food system projections from quantitative foresight modeling to assess DALYs under alternative agricultural sector scenarios to midcentury.

Results: Total chronic and hidden hunger DALYs are projected to increase globally out to 2050-by over 30 million compared with 2010-even without climate change. Climate change increases total DALY change between 2010 and 2050 by nearly 10% compared with no climate change. Agricultural sector investments show promise for offsetting these impacts. With investments, DALY incidence due to chronic and hidden hunger is projected to decrease globally in 2050 by 0.24 and 0.56 per 1000 capita, respectively. Total global DALYs will still rise because projected population growth will outpace the rate reduction, especially in Africa south of the Sahara. However, projections also show important regional reductions in total DALYs due to chronic (13.9 million in South Asia, 4.3 million in East Asia and the Pacific) and hidden hunger (7.5 million in East Asia and the Pacific) with investments.