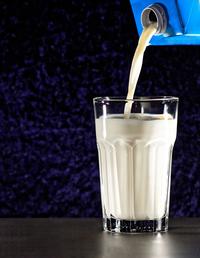 Evidence around dairy consumption and certain cancers is mixed, and predominantly comes from studies of Western populations. Our latest research, published in BMC Medicine, involves half a million Chinese adults, who have generally lower dairy intake than Westerners. We found that higher dairy intake was associated with higher risks of liver cancer, female breast cancer and, possibly, lymphoma.

We, researchers from Oxford Population Health and the Chinese Academy of Medical Sciences, Beijing, collected data from over half a million participants with no history of cancer from ten regions across China in the China Kadoorie Biobank Study. Each participant completed a questionnaire about how frequently they consumed different food products, including dairy products. For the purposes of this study, we categorised them into three groups: regular dairy consumers (at least once a week), monthly dairy consumers, and people who never or rarely consumed dairy products (non-consumers).

Although dairy consumption is an increasing trend in China, the average level is far lower than in the West. In our study population, only a fifth reported consuming dairy products regularly, and the estimated mean consumption was just 80.8 g/day — about a quarter of a glass of milk — among regular consumers and 37.9 g/day among all participants.

We followed our participants for an average of around 11 years and looked at data from national cancer and death registries as well as health insurance records to identify new cancer diagnoses. There were 29,277 new cancer cases in total, with the highest incidence rate for lung cancer, followed by cancers of breast, stomach, colorectum and liver.
People who consumed dairy products regularly had significantly greater risks of developing liver and breast cancer. For each 50 g/day higher dairy intake, which is the equivalent of about one fifth of a glass of milk, the risk increased by 12% and 17% respectively.

Our findings agree with previous results from some Western studies. For example, in the Adventist Health Study-2 study of over 50,000 women from US and Canada, there was a 30% increase in the relative risk of developing breast cancer with about every quarter to a third of a cup of dairy milk per day.

In our study, regular dairy consumption was associated with an increased risk of lymphoma, although rather weakly. There was no association between dairy intake and colorectal cancer, or any other type of cancer investigated  —  oral cavity, oesophageal, stomach, colorectal, pancreatic, laryngeal, lung, kidney, bladder, leukaemia, prostate, cervical, endometrial, ovarian.

A few biological mechanisms could potentially explain the observed associations. Greater dairy consumption may increase levels of insulin-like growth factor-I (IGF-I), which promotes cell proliferation and has been associated with higher risks for several types of cancer. Female sex hormones such as oestrogen and progesterone, that are present in cow’s milk could have a role in the increased risk of breast cancer, and saturated and trans-fatty acids from dairy products may increase the risk of liver cancer and lymphoma. Lastly, for a very large majority of Chinese people who do not produce enough lactase, the enzyme which breaks down the milk sugar lactose, dairy products may also be broken down into products that affect cancer risk.